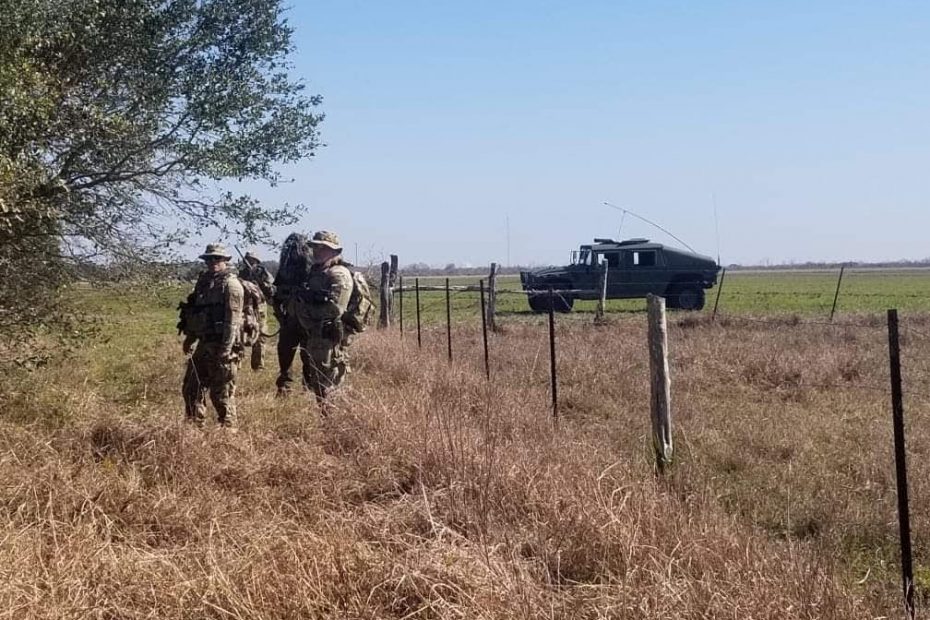 Katrina taught us all something.

Where else can you go to learn community defense, how to secure an area, protect what is inside, and create a staging point for resource and intelligence gathering?

As a militia in Texas, TSM Houston has adapted many military concepts to the protection of areas such as rural, neighborhoods, apartment complexes, and other environments of civilian concern.

An LP/OP (listening post observation post) is a small, concealed observation position. We learn what the important concepts are, how to report information in a structured manner, and rules of engagement.

As an integral part of community defense, the primary mission of exterior patrol is access denial. The constant presence of patrols dissuades unwanted guests from approaching the protected area from anywhere other than approved avenues of approach.

Establishing a guard post requires understanding of access control, range cards, overlapping fields of fire, and other concepts that one must practice for effective community defense.

It’s about more than guns.

A firearm is just a tool. In the right hands it can save lives and protect freedoms. In the wrong hands, it is ineffective and in fact, counterproductive to those ends. A good carpenter is not measured by the price tag on his hammer, he is measured by the quality of his product.

Texas State Militia trains to produce knowledgeable, empowered Texans who can defend themselves and their communities in times of stressed or strained government resources.