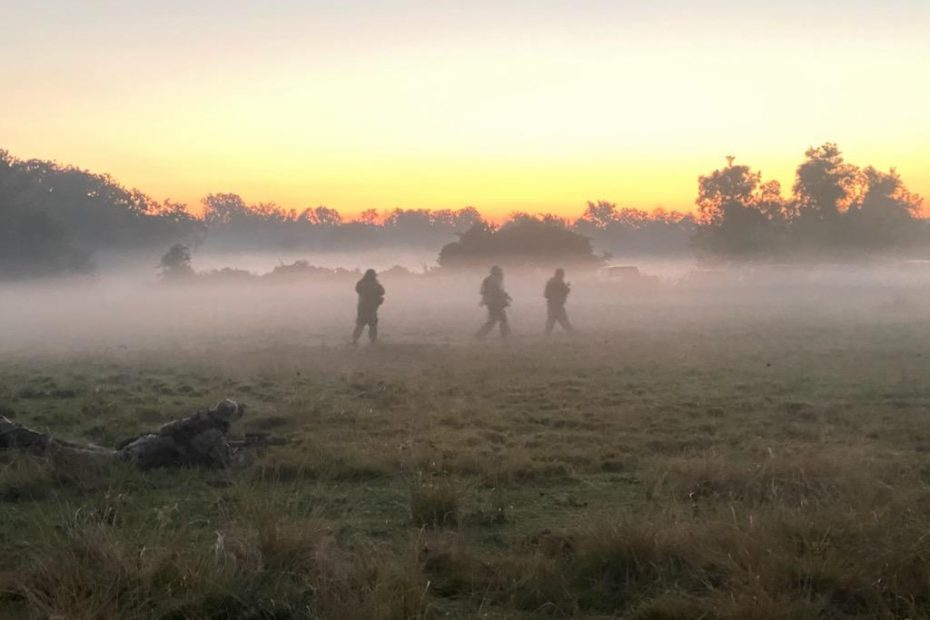 When the SHTF, you better grab your BOB full of MREs and your EDC and hightail it to your BOL in your BOV unless there’s been an EMP, then you are probably on foot. The preparedness community has its fair share of acronyms and buzzwords, but none is more synonymous with novice and diehard preppers than the BUG-OUT. For some, the term BUGGING-OUT ignites the imagination with cinematic references to zombie apocalypses and nuclear wastelands, with a lone stranger traversing dangerous backroads with nothing more than a rifle, his loyal dog, and a tactical bug-out bag.

The landscape has changed drastically from that of the mid-20th century. Unassuming afternoons were typically the norm in any community. The nine-to-five workday ended, and mom would be in the kitchen preparing dinner, dad tooling around in the garage, and the neighborhood children playing just down the street. Days like these harken back to simpler times when there was hardly a care in the world until the all too familiar, yet unsettling, squelch of the Emergency Broadcast System (EBS) would break through the otherwise peaceful atmosphere. Anyone within earshot would dash to the family living room, crowd around the big box television, and hope the following five words would be, “This is only a test.” The EBS ran these nauseating interruptions 20,000 times from the mid-’70s to the late ’90s and, on occasion, sparked family dinner conversation, “What if it wasn’t a test?”

The advent of television, the internet, and smartphones keeps us abreast of our local, national, and international events within seconds of the adverse occurring, yet in retrospect, it has also created a dulled sense of urgency. And though this technology is invaluable, it is only worthwhile if the information is applied. Benjamin Franklin once said, “By failing to prepare, you are preparing to fail.”

The degradation of society has created a form of self-governance by which community and communal structures are deemed intrusive and unnecessary, thus making security a personal preference and responsibility. It has been said, “Desperate times call for desperate measures,” and without community, it will most likely be your desperate neighbors taking desperate measures against you and your loved ones. If faced with a societal breakdown, the law of the land may cease to exist, and your most significant challenge will be protecting your family and securing your property. Undoubtedly, those that have not prepared will be far more dangerous than you think.

First and foremost, make logical and decisive choices. “Knowledge is the key to survival; the real beauty of that is that it doesn’t weigh anything” (Mears, 2007). Bugging out is more than cramming a ton of gear into an oversized backpack and lugging it into the woods. It is a thoughtful process that requires considering many possible scenarios, such as chemical spills, civil disorder, fires, outbreaks, severe weather, and war, to name a few. Although you will unlikely plan for all contingencies, you can have a day or two advantage over most people if you prepare thoughtfully.

Whether traveling on foot or by vehicle, the event scenario, environment, number of souls in your party, physical/medical needs, and escape duration will ultimately dictate your loadout. The list can be exhaustive, but compulsory items in your loadout should possess multiple applications. For instance, duct tape can be used as a tinder when creating a fire, waterproofing, lashing, and emergency patching when clothing or shoes become compromised. But above all else, water, food, fire, and a means of building shelter should be the mainstay of your loadout.

Determining when to leave is just as crucial as the bug-out destination. Regardless of the scenario, knowing when to vacate your home and your area of operation is paramount; however, there are two schools of thought: Get out while the getting is good” and “Wait it out until things blow over.” If fleeing is the only option, rest assured you will undoubtedly become part of a mass exodus. Preparedness lays the foundation for understanding there is a definitive separation between personal gear, supplies, and people you can travel with on foot or by vehicle. If you must leave your domicile, establish the distance, duration, and daily requirements for you and everyone in your party. Ultimately, bugging out should be your last resort.

If leaving is inevitable, you should have already considered the hazards and obstacles you and your group may encounter. Familiarity with your environment will afford you an advantage, especially if you are on foot. Knowledge of backroads, establishing rally points and waypoints, and utilizing cover and concealment is critical in safely arriving at your final destination.

Community increases the chance of survival exponentially. Living and training alongside like-minded people will only sharpen your mental acuity. The TEXAS STATE MILITIA is a community of like-minded men and women who train to preserve and protect a way of life that promotes growth, stability, and security, for today and tomorrow.

We are Oscar Mike