During Hurricane Harvey, it appeared that FEMA food supply depots might be compromised by looting. Local law enforcement called upon TSM to come guard the supply stations.

This is the kind of cooperation with LEO and National Guard that TSM engages in. In times of disaster and devastation, TSM stands ready to assist rescuers with highly skilled volunteers.

The day after the hurricane hit, flood water quickly began to rise, leaving many needing to be saved. Various TSM Members deployed to assist in rescue and recovery.
August 26th, 2017
Hurricane Harvey – Rescue

Water rescues were by far the most dangerous type of support TSM could provide In conjunction with the Cajun Navy, many members braved the waters to help pull people to safety.
June 10th, 2017
San Jacinto Anti-Sharia Law Rally 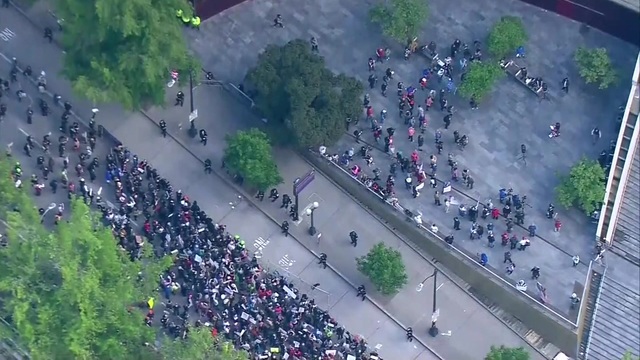 TSM Members were on scene at the Anti-Sharia Law rally at the San Jacinto Monument to keep the peace. While there were a lot of people expressing their 1st amendment rights, no one’s rights were infringed upon.

While Sharia Law is in direct contradiction to the United States Constitution and the Constitution of Texas, free speech is not. TSM members deployed to this event to ensure that people’s rights were not curtailed or trampled upon.